Where Did You Get Your Shoe Laces 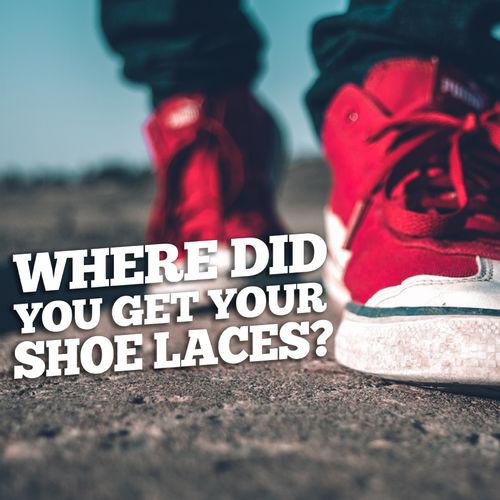 Genesis 14:22-23 “And Abram said unto the king of Sodom, I have lift up mine hand unto the LORD, the most high God, the possessor of heaven and earth, That I will not take from a thread even to a shoelatchet, and that I will not take any thing that is thine, lest thou shouldest say, I have made Abram rich:”

In chapter fourteen of Genesis, Lot is already living in Sodom. Five kings come and raid Sodom and capture lot and his family. Abram hears what has happened, and the Bible says he arms his trained servant that had been trained in his own house. Abram goes, fights against the kings and defeats them, and brings all the people and all the possessions that had been taken. On their way back from the battle, an Old Testament picture of Christ appears. This man is King Melchizadek, he is called a priest of the most high God. Melchizadek blesses Abram, and Abram gives Melchizadek tithes of “everything that he hath.” When Abram and the people get back to Sodom, the King of Sodom tells Abram to keep all the possessions as a thank you for retrieving the people. Abram proceeds to then tell the King of Sodom that he had met with the King. He did not want people to say Sodom had made him rich.

Christians, when you have a special meeting with God, the King of Kings, the most royal of Royalty, there is something that happens to you. Yes, you can meet with God every morning, and that is necessary to live the Christian life; but that is not what I am referring to. I am referring to a special time, extra time set aside to have a direct, personal, intimate meeting with the God of heaven and really get in tune with God. This is what happened to Abram. This is the reason he did not want anything from the wickedness of this world, he had met with the KING!