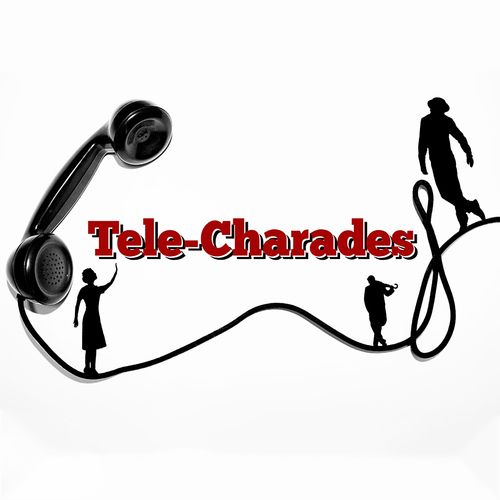 Items Needed:
A List Of Words Or Phrases That Can Be Acted Out

How To Play:
Separate into teams of five. The first team of five players goes to the front of the room. They all line up single file facing the same direction with enough space in between them to act. The player at the back of the line is then given a word or phrase to act out. He then must tap the player in front of him on the shoulder signaling for that player to turn around. Once his teammate has turned around the actor has ONLY ten seconds to act out the word or phrase. After the ten seconds is over the player who was watching the actor must then turn around tap the person in front of him and act it out to the next player in line. This continues down the line until it is the last players turn, in which case his objective is to guess the word or phrase that is being acted out. If it is the same word\phrase that the first person started with then that team gets a point.

FOR THE GAME HOST:
Have a stop watch\phone to help you time it correctly. Before you show the last person in the line what to act out, tell the whole team whether it is a word or phrase. NO TALKING is allowed by any of the teammates until it reaches the last player and then ONLY he can guess the word.