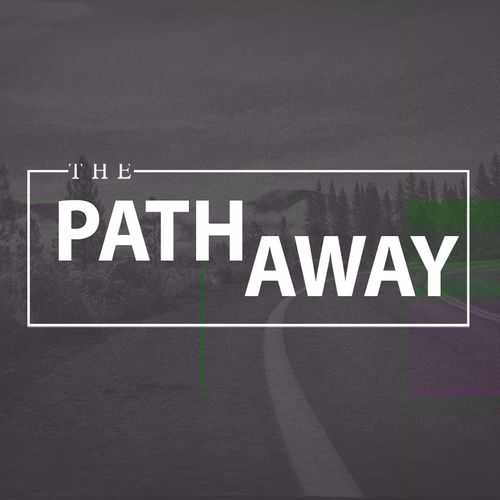 Luke 15:13 “And not many days after the younger son gathered all together, and took his journey into a far country, and there wasted his substance with riotous living.”

Notice the phrase – “Father, give me the portion of goods that falleth to me.”

First, I want you to notice the tone in which he asked, “Father, give me…” Young people, who do we think we are demanding things of our parents? It doesn’t take you very long in this story to pick up that the path away to sin is usually initiated and led by rebellion, but listen to the attitude in his voice as he says, “give me”. We have a philosophy very prevalent in the world today that believes that we are entitled to things. This is contrary to the Word of God. There are some that believe if you don’t work, you should still be able to eat, or if you don’t put forth your maximum effort in order to achieve something, that you should still win. I HATE the concept of participation awards – whether they be ribbons, stickers, etc. This young man had that mentality that he had the right to get RIGHT NOW what his father had worked for right now

Not only did this prodigal have the nerve to say, “give me” but he demanded to receive the portion (his stock; inheritance) of goods that was intended to sustain him for the rest of his life. Here’s another huge issue I see in today’s society. It appears many want instant gratification in every are of their life in order to be happy. NEWS FLASH: Every aspect of life is NOT going to bring you happiness. God always has a purpose in leading us into and through the tough storms of life however, they are essential in developing the character of the person that we are becoming. Don’t sweat the technique! Allow God to perform these life lessons in your life. Don’t get bitter towards Him! Living life with the expectation that I want ALL that life has for me and I want it NOW, is unrealistic and could literally do more harm than good. There’s a reason why we have an age limit on getting a driver’s license in our country. Could you imagine a 6-year-old trying to drive a jacked-up Toyota truck? How do you think that would end up?

Wouldn’t you agree that a 6-year-old is probably not ready to handle the responsibilities that come with trying to drive a truck? Similarly, this is the reason God doesn’t just simply give us everything that He has in store for our life either. Maturity comes with the experiences of life. The more God-tailored experiences we lack in life, the less mature we become.

But in our story, in verse 13, here goes the Prodigal. He demands his inheritance from his Father, he obviously lacks maturity, and in a fit of rebellion, packs his bags, and heads down sin’s pathway into what the Bible calls, a “far” country. We have an “every” word Bible. There’s not one word in the whole Bible that’s not there for importance and for us to study and to learn by. The word “far” here indicates that it was far away from where they had lived, but it was also “far” away from fellowship, “far” from his family, and “far” away from his relationship with God. I want you to notice that these are all byproducts of rebellious and selfish living. You become SO tunnel-focused on pleasing self that everything and everyone else is neglected. That’s why the alcoholic has no money left to pay the rent. That’s why the dope smoker has no money left to buy the family groceries. That’s why the person consumed in pornography has no love left to give to his/her spouse

The Prodigal was led “there”, and it caused him to “waste” his substance with riotous (loose in morals; broken down in principles or decency) living. One of the saddest sites in the world to see is an old car that one day was in its glory, one day that had a beautiful paintjob and purred down the street like a kitten, only to see it today rusted out in a field, covered in dead grass, briars, and thorns. Sadly, it reminds me of that teenage boy that was at one time “called to preach” that if you were to see him today, you would think you’re meeting Bigfoot, with his long hippie hairdo, no longer attending church any more. Sadly, it reminds me of that teenage young lady (Oh, she’s a grown adult today) that had a smile that could simply light up the room. She had one of the sweetest voices in our Youth Choir. Today, you’d find her living in poverty with multiple children that she had before she ever turned 18 years of age. And just like the vintage automobiles, they sit rusted out in the field, grown over by dead grass, the briars, and thorns that were caused by sin and its’ wasteful effects.

I want you to notice a couple of other words. The Bible says, “And when he had spent (wasted or squandered) all…” You see teenager, when you set out on the journey down the Path Away, down the path of rebellion/sin, it is not of matter of if, but “when”. I bet at first, sin seemed enjoyable to Adam/Eve, but it came with some consequences. I bet at first, sin seemed enjoyable to Amnon, but it came with its’ fair share of consequences and ruined lives

Notice here, that “when” he had spent (wasted) all, there arose a mighty famine in that land; and he began to be in want. You see, he wasn’t in want (he didn’t have need of anything, or so he thought…) while he was living life the way that HE wanted, with no rules, no restrictions, and no revenue limits. But when the money ran out, and the entertainment/fun times were over, even this Playboy Prodigal found out that he STILL had needs that money, alcohol, sex, and all of the rest of the vices of this world could not provide him. And “when” the Path Away, the journey of rebellion/sin are done with you, it too will leave you “there” “wasted” with nothing left, but unfulfilled desires and a want for something more that will really sustain the needs of life.

I want to list for you 4 ways to stay off the Path Away, the pathway of Rebellion/Sin:

Love, Honor, and Obey Your Parents (vs. 12)
Live your life in such a way that anyone that’s watching you would want to ask questions of your parents on how they turned out such good kids. This is how you can honor them with your life.

Ask God to Keep You Humble (vs. 12 – Give Me Attitude)
The best way to do this, is to remember the only thing that we are truly deserving of is Hell. It’s hard to be proud when we consider where we should be headed.

Make the Choice Now Never to Pack Your Bags (vs. 13)
Notice the Prodigal had to “gather all together”, the Father never helped him. God will never assist you in the decision to leave and to sin. God would rather that you stay safe in the Kingdom, than to wonder down the Path Away

Make the Choice Now to Take God’s Journey, Not Your Own (vs. 13)
Notice the phrase, “…and took HIS journey…” Would you trust the Word of God and Bro. Danny this morning that God’s way is the best way? He has a much better life planned for you than you could ever dream up for yourself, but it’s only guaranteed to those that live in the center of His will, not your own.

I hope and trust that the message blessed your heart this morning. My prayer is that you learned something that will keep you faithful to God for the rest of your days, because I can do ALL things “through Christ” which strengtheneth me. 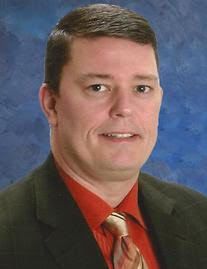