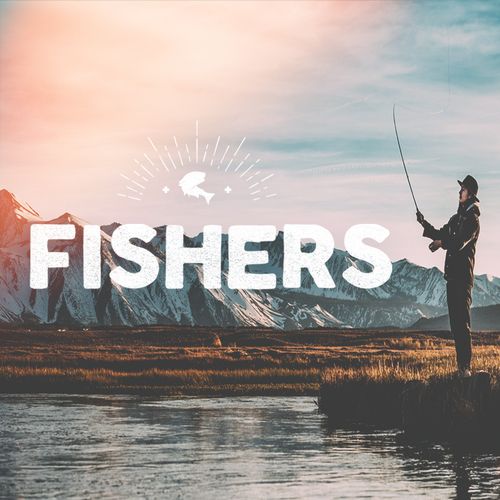 Matthew 4:19 “And he saith unto them, Follow me, and I will make you fishers of men."

Jesus begins His Ministry by going down to the lake. He finds two sets of brothers working on their boats. They had returned from a fishing trip. Jesus tells the fishermen to follow Him and He would make them “…fishers of me”.

These men worked as fisherman. This was their occupation. This is how they made money. Jesus comes along and compels them to do more than occupy. He uses fishing to describe His work., not fishing for fish, but for men. Jesus wanted them to live not for occupation but for vocation.

There was more to the Christian life than work, career, and money. It was fishing. Fishers of Men. You may be just a teenager, only been saved for a little while, bus kid, but everyone can be a Fisher! Maybe you’re not called to the ministry, to be a missionary, to preach but everyone is called to be a Fisher!

There’s still a need. People are still lost and dying going to a devil’s hell. There’s a ministry for you and it starts with your church and youth group. There’s a dearth of Fishers. Soulwinners are dying with no one to take their place in sharing the Gospel with others. WE NEED FISHERS!!!

What is a Fisher? Someone who casts the net of the Gospel. Someone who witnesses, goes soulwinning, visits the down hearted, needy, and lost. Call it what you want, we are to be Fishers!

When a Fisher goes out on a boat for weeks at a time, with no home, no bed, away from family, and friends. He forsakes much to be a Fisher. If you are going to be a Fisher you will have to forsake some things. Here these men forsook nets, ships, father and family. This was their security, stability, and substance. If you want to be a Fisher, you must forsake somethings. You may have to forsake wants, sins, worldlinesss, pride, selfishness and fear.

These men had learned from their Dad’s to fish. Jesus tells them if they want to fish for men they must follow Him. Jesus said, “Follow me”. In other words, stay close to me, watch me, learn from me, spend some time with me. Jesus said, “I will make you”. Jesus’ ministry was beginning, He was going to teach them to fish for me. If you think “I can’t, I don’t know how”… Jesus says, I will make you, I will teach you, I will show you. Just follow me. FOLLOW ME! Those who will follow Jesus, will be fishers.

It came to pass, a group existed who called themselves Fishers. There were many fish in water all around. There area was filled with fish. Fishermen were happy.

Week after week, year after year the fishermen met in a meeting to speak of the need to fish, the call to fish, the abundance of fish and how they could go fishing.

They carefully defined fishing, defended fishing, and declared ALL people should fish. They searched for new and better ways to fish. They used witty slogans, and beautiful banners designed to promote fishing. They built large “Headquarters” where they challenged others to be Fishers. One thing they forgot to do however….. They did not fish!!!

They organized a board to send fishers to other places to fish. Hired staff, appointed committees to define and defend fishing, and to declare a new method of fishing. But no one fished!!!

Training centers were built to teach fishers to fish. Needs of fish, where to find fish, the nature of fish, and reactions of fish. Soon, doctors of “Fishology” populated the schools, but no one fished. They only taught about fishing. Many were sent to be full time fishers on distant waters filled with fish, but like the fishers, they did not fish.

Fishing was Jesus’ purpose, “to seek and to save that which was lost.” Fishing was Paul’s purpose, “that by all means I might save some.” There is still a need. People are still lost, Hell is still real, and souls still need Christ. You who are saved MUST BE FISHERS!

God is not asking you to surrender to preach, to be a missionary a pastor, though He may, but He is calling you to be a Fisher! Will you Fish? Can you think of a friend, family member or neighbor who is not saved? Go Fish! Who will surrender to be a Fisher? To tell others about Jesus. Will you? He’s not asking you to catch every fish in the pond, but you can catch one! My question for you is, who’s going fishing?