What Killed The Dead Sea 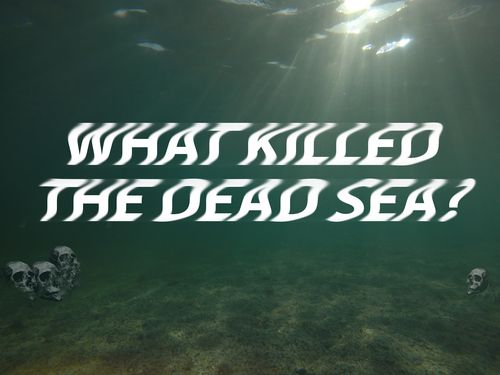 2 Corinthians 9:6-8 "But this I say, He which soweth sparingly shall reap also sparingly; and he which soweth bountifully shall reap also bountifully. Every man according as he purposeth in his heart, so let him give; not grudgingly, or of necessity: for God loveth a cheerful giver. And God is able to make all grace abound toward you; that ye, always having all sufficiency in all things, may abound to every good work:"

Have you ever wondered why the Dead Sea is “Dead”? The Dead Sea is surrounded by Israel, Palestine, and Jordan, and is 10 times more salty than the ocean. The main reason the Dead Sea gets its name is because it is impossible for sea life to flourish in its salty waters. However, I believe another reason for the Death of the Dead Sea is the fact that the Dead Sea does not empty into any river deltas. The Dead Sea is basically a lake. It has tributaries, but there are distributaries connected to the Dead Sea. No bodies of water benefit from the Dead Sea’s existence.

The sad truth is many of us exist just as the Dead Sea. We set records, do good things, and accomplish much in our lives; however, in the end those things ultimately benefit us.
We have so many tributaries pouring into our lives helping us to become what God has for us to be. Yet there are many who are content to gather sediment as the Dead Sea with no distribution of the wealth of wisdom, love, truth and help that we have received. Selfishness kills the Dead Sea and it will kill your Youth Group, your friendships and your home. Invest in others, be a tributary that gives life and strength to help grow others.