Pick Up Your Mess 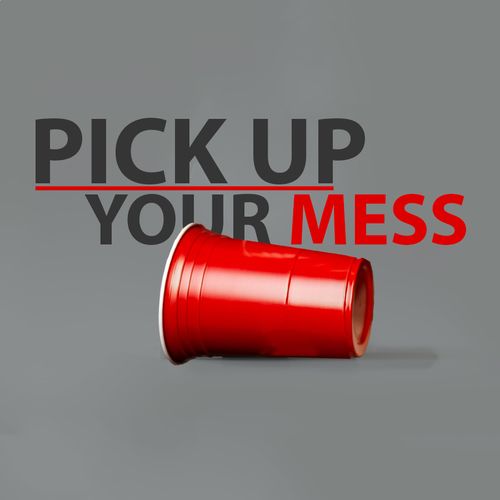 Objective:
Get the most points while trying to stop the other team from scoring

How To Play:
*** This is a guys on guys\girls on girls game!
Divide the play area into two sides. Then give each team 20 cups. There will be two teams of three people. Each team sets all 20 of their cups spaced apart on their side top down. When both teams have set their cups the YP can start the round. There is a 60 second timer for this game. The goal of the game is to flip the cups on the other team's side top up. The first team to flip all the other teams cup top up is the winner and the round ends. If the timer ends before either team has flipped all the cups up the team with the most flipped cups is the winner! Players are allowed to unflip the cups on their own side to keep the other team from scoring. IE - a team of three leaves one player on their starting side to unflip all the cups that the other team is trying to flip, while the other two teammates have crossed over to the other team's side and have started flipping all the cups.

Basically you are allowed to defend the cups on your side by keeping the teams from flipping your cups over, but the main objective is to flip the other team's cups

It was a huge hit with our youth group, and we did it in a smaller area so the game was intense!
Posted in YPGames