Getting Teens to Talk 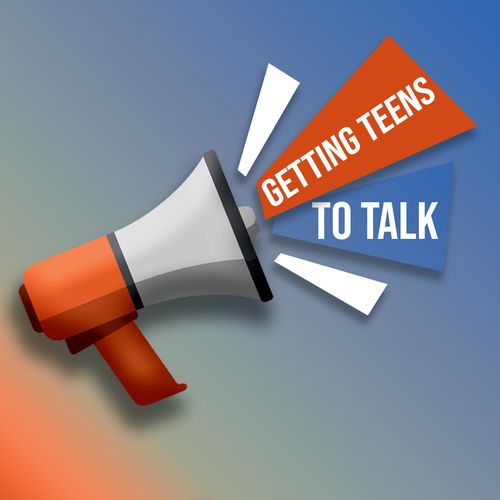 I Kings 12:6-8 "And king Rehoboam consulted with the old men, that stood before Solomon his father while he yet lived, and said, How do ye advise that I may answer this people? And they spake unto him, saying, If thou wilt be a servant unto this people this day, and wilt serve them, and answer them, and speak good words to them, then they will be thy servants for ever. But he forsook the counsel of the old men, which they had given him, and consulted with the young men that were grown up with him, and which stood before him:"

Teens are going to talk. Facebook, Twitter, Internet, Cell Phones, Texting… Teens are Talking often. Getting them to talk isn’t really the issue… the thing is we want them to talk to us. As a young King Solomon was talking… the problem was Solomon talked to and listened to the wrong crowd.

Perhaps the same reasons that our teenagers talk to and listen to each other far more than they do us. The older men taught Solomon about being a servant, loving people, and being a leader by example. The younger men stroked Solomon’s ego and rubbed his pride, selfishness and greed the right way. The truth is our teens have to listen. If they are in Sunday School and Church they have to hear what we say. But they don’t have to talk to us. Yet the truth is until they talk to us, we are only completing half of the connection needed to reach them.

I. Why Teens Don’t Talk?

The number one reason teens don’t talk to us is FEAR.

A lot of times teenagers are simply afraid their questions, ideas or comments will ostracize them somehow.

Teenagers are afraid their questions, comments and ideas will bring some sort of repercussions or mistreatment. They believe leadership will think less of them for sharing a thought or question.

Teenagers are afraid of being misunderstood by exposing their inner thoughts, behaviors and struggles.

II. The Questions They Have, But Are NotAsking

How Do I Know What God’s Will Is?
How do I Know If I’m Called to the Ministry?
What’s Wrong with rock/Country/ pop/ CCM Music?
How can you tell what music is good and Bad?
What do you do if you have parents / Siblings living the wrong way?
(one way at church and another at home) How do you live with them?
How do you take a stand with your friends?
What do you do when a friend is becoming rebellious?
How do you separate from bad friends without hurting them or making them think your stuck up?
What’s Wrong with holding hands, kissing, etc.  Before marriage?
Why is teenage dating not a good idea?
Why is it so hard to be consistent in the Christian life as  a teenager?
Why do I Struggle so Much?
Why are we supposed to dress differently and not wear “worldly” clothes?
What is appropriate and modest?
What’s Wrong With Going to the Movies?
Why does God allow trials / temptations to come into our lives?
What does Walking With God really Mean?
Why Should I go to Bible College?
How do I talk to authorities without sounding disrespectful?
How do I deal with people and problems in my life that have hurt me deeply?

They have those questions… Now if they aren’t talking to us about those things… who are they talking to? Hollywood? Other Teens? Facebook Friends? Youth Dept drop outs?

Talk to Them
Invest time, effort, love, care, and all of yourself into getting to know them. Talking is more than hi and how are you… Go out of your way to talk to them.

Listen When They Do Talk
No matter what the subject matter… If they are talking, then we should be listening. If they think we are not listening, they will not care to talk to us. Whatever they are willing to talk about, we should willing to listen. Sometimes, that is all a teen needs is a good listener.

Love Them
People talk to people who they know love them. Love them and they will open up to you. Let them know you are not just prodding for information, but rather are providing a loving stable example.

Be Real
Teenagers can smell a fake a mile away. They do not appreciate inconsistency, but more than that they hate being lied to and deceived. Be honest, up front and real with your young people and they will talk to you.

Never Laugh At, Embarrass, Publicly Call Out, or Make Fun of A Teenager
Im not talking about little jokes… Im talking about humiliation, hurt feelings, and damaging a relationship. Don’t make public things they have told you or belittle them with things they have shared with you. If you do need to discuss something, do it individually. Teenagers appreciate respect just as much as we do.

Build A Bridge of Trust
These are hard to build sometimes. Let those teens know that you are there for them. They can trust you. You may have to move a mountain, cross a river or kill an ogre or two, but build a bridge of trust between you and those teens.

Understand That Some Teenagers Will Never Open Up
Some teenagers have it set in their mind that they are not going to have a relationship with YP. Does this mean I quit? NO!

IV. Getting Them To Talk This Week

Do This Regularly
The more I pass out the cards, the longer they keep them. The more often they hear me talk about and teach lessons concerning the subjects from the cards. THE MORE THEY WILL WANT TO TALK! Compile Topics From These Cards. Many of the teens will have similar questions and similar struggles. This will also give you an opportunity to sift out questions you may and may not want to address. Pray for God’s Leading. Let God lead you as far as what topics you discuss and what questions you answer. God has a specific time that he wants you to speak on those things. Some things may be better answered by the Pastor. Let the Lord lead you.

I hope this helps you better communicate with your teenagers and better equip them for the will of God.