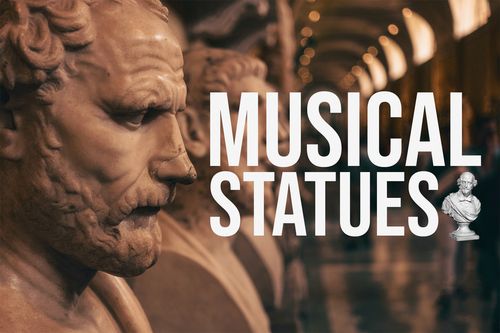 Objective:
Be the last team standing

Items Needed:
People, a list of things to act\pose

How To Play:
Divide the youth group into teams of two people. Guys with guys and girls with girls. Once they have paired off the contest begins. This game is meant to be a fun ice breaker. Once you say go the music starts (someone starts playing the piano or you hum\whistle). When the music stops the MC shouts out a pose that all teams must strike and hold until the next round begins (Both players must participate for the pose to count). The last duo to strike the pose is out. Every round, one duo loses and they are eliminated until you are down to two teams. The last team standing is the winner!

**This can also be played with teams of three!!!
***This is a great game to get pictures of and reminisce later on, because each team will have their own interpretation of what you yell out? Watching this game is a blast so even the teams that are out will enjoy it still!

Here is a good list of poses to do (this is what the MC would shout):
Hunting
Mowing the lawn
Gondola
Preaching
Dunking
Tight Rope Walking
Swimming
Roller Coaster
Funeral
Walking the Plank
Riding a Horse
Bird on a branch ( This is a good one to illustrate and start the game off. For a team of two one player gets down on one knee and the other knee sticking out and the second player in the team sits on the other players knee like a bird on a branch.)
Posted in YPGames
Tagged with YPGames, musical, musical chairs, musical statues, pose, acting, hilarious