Discerning and Deciding Your Influences 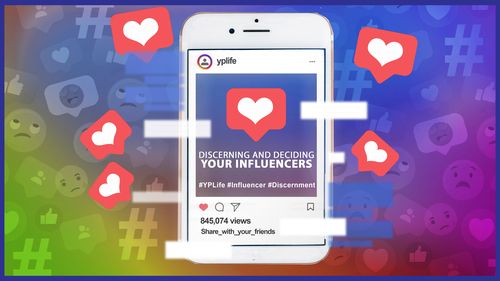 Proverbs 19:27 "Cease, my son, to hear the instruction that causeth to err from the words of knowledge."

We must all make the decision on who influences us. Influencers may be a new word, but not a new concept. Solomon knew that his son Rehoboam was surrounded by guys his age who were wanting to give him bad advice. Sadly, for Rehoboam he didn’t listen to his father until it was too late. Rehoboam needed to discern who was influencing him and how and then decide to only be influenced by good and godly people. The same is true today, there is information coming at us from all directions at a million bits a second. Here is how we discern and decide who influences us:

1. STOP –
Stop, automatically opening your ears and minds to everyone new, cool, or what people around you are consuming. Just because its popular in your circle doesn’t mean it’s right with God.

2. CONSIDER –
Who is saying it, what is being said, and why are they saying it. What is their Goal? What is the agenda? Before you consume you better consider.

3. EVALUATE –
Is this source or person leading me closer to God and to a life that is more fully in concert with God’s Word and God’s Ways? Or are they leading me away from God, His Word and His Ways?

4. REMOVE –
Delete, Unfriend, Unfollow, unsubscribe to those people or sources that are influencing you to err from God’s Word and God’s ways.

5. ADD –
Start listening, subscribing, consuming those influences and those influencers who are leading you closer to God, His Word and His Ways. You CAN decide who influences you, you CAN’T decide how they influence you, so you had better discern and decide your influencers.