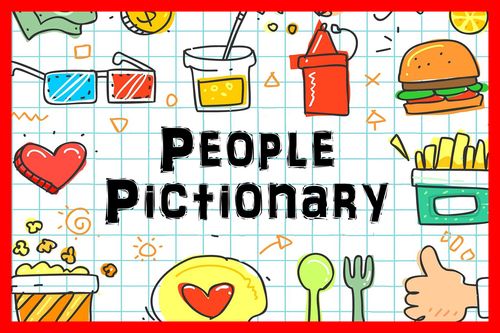 Objective:
Score the most points by guessing the right player

How to Play:
Divide the youth group into two teams. Every player has to write down their name and three things about themselves, like what they like on the paper that can be used as clues in a game (i.e. A player would write down 2-3 things about themselves – “I Like Mustangs, Coffee, etc.). Once you have collected all the cards, shuffle them then have one contestant get a card. That person must then draw the three items on the board and get his team to guess who the three images describes. If the team guesses who the three images describes then they get a point. The next team then sends a person who gets a card and draws the three things on that card trying to get their team to guess the person. If they guess the person in the time then they get a point. The team with the most points is the winner!