The Almost Hero of the Bible 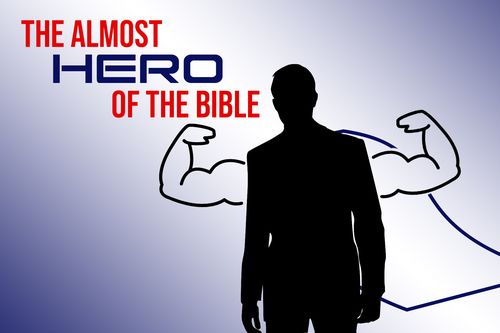 Numbers 24:13 "If Balak would give me his house full of silver and gold, I cannot go beyond the commandment of the LORD, to do either good or bad of mine own mind; but what the LORD saith, that will I speak?"

Have you ALMOST won at something? You almost won the basketball game, football game, or the Go Fish game? To almost win means you definitely lost. I hate losing, especially when its close, and I really hate losing when it’s from my own mistake. Balaam was an ALMOST hero of the Bible. He was so close! He had a testimony of being a prophet for God. He had a reputation of power from God. He had the right spirt, he took the right stand and yet he became a zero rather than a hero in the Bible. As we read the Bible record of Balaam in Numbers 22 all the way to Numbers 24, we find that yes, he had a slip up, but he got right and got back in step with the Lord. If the Bible record on Balaam would have closed at the end of Numbers 24, I truly believe we would be reading about him in the Hebrews 11 Hall of Fame of the Faith. But we don’t. We do read about him in the New Testament, but sadly it’s all bad. Balaam was an almost hero, but his greed got the best of him. The sad PS to the story of Balaam comes to an end in Numbers 31:8 where he died with the Midianites. He went to go home but his greed got the best of him. How tragic to be an almost hero of the faith. There is a good truth here in the life of Balaam: You have potential, you have promise, you also have problems. Don’t let your desire for the stuff of this life rob you of the treasures to be laid up for eternal life.